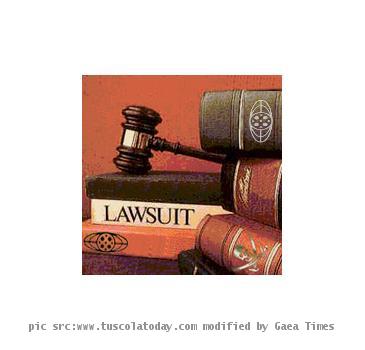 WASHINGTON (GaeaTimes.com) A lawsuit that tried to block a recent labor concession agreement between struggling LTL carrier YRC Worldwide and the Teamsters was thrown out by a federal judge.

The lawsuit, brought on by rival ABF Freight System, was dismissed by U.S. District Judge Susan Webber Wright because, teh judge ruled, ABF did not have jurisdiction to sue.

The suit claimed that the agreement between YRC and the Teamsters violates the National Master Freight Agreement (NMFA) — a bargaining agreement that covers most Teamster-unionized LTL companies in the U.S. and gives YRC a competitive labor cost advantage.

The labor deal is considered key to YRC’s restructuring plan, and thereby, its survival.

ABF said in a statement that it is disappointed with the ruling and considering its next move — including, possibly, an appeal.

“ABF needs to realize that it cannot circumvent the negotiating and ratification process through the courts,” Tyson Johnson, director of the Teamsters National Freight Division, said in statement.

“ABF should concentrate on freight pick-up and delivery operations of its company rather than trying to put YRCW out of business through litigation and other means.”

After 11 years away, topflight baseball is coming back to Australia, with MLB's help

After 11 years, baseball is coming back Down UnderBRISBANE, Australia â More than a decade afte...
Copyright© 2010 The Gaea Times