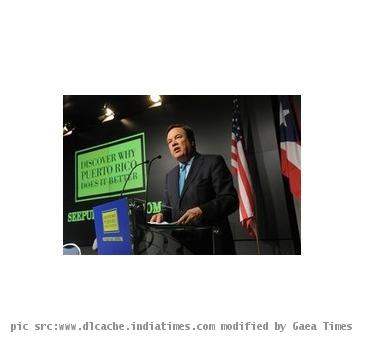 SAN FRANCISCO (GaeaTimes.com) — The law firm named Berman DeValerio has allegedly filed a securities fraud lawsuit today on behalf of investors who purchased or otherwise acquired the common stock of RINO International Corporation (”RINO” or the “Company”) from July 13, 2009 to November 12, 2010, inclusive (”Class Period”). Berman DeValerio filed the class action complaint against RINO and certain of the Company’s directors and officers in the United States District Court for the Central District of California (the “Court”). The case is captioned as Zhang v. RINO International Corp. et al., No. SACV-10-01887-CJC (RNBx).

If you wish to serve as lead plaintiff, you must file a motion with the Court no later than January 14, 2011.

The complaint alleges RINO and certain of its officers and directors violated Sections 10(b) and 20(a) of the Securities Exchange Act of 1934 (”Exchange Act”) and Securities and Exchange Commission (”SEC”) Rule 10b-5. Specifically, the complaint asserts that RINO, a Chinese manufacturer of environmental protection equipment for China’s iron and steel industry, fraudulently reported inflated revenues to the SEC and the investing public that were, for 2009, over 90 percent higher than the revenues reported to Chinese regulators. In particular, the complaint alleges that RINO misled investors by reporting revenue from at least two customer contracts that did not exist.

If you acquired RINO shares during the Class Period and lost money, you may, no later than January 14, 2011, file a motion requesting that the Court appoint you as lead plaintiff for the Class. You may contact the attorneys at Berman DeValerio to discuss your rights and interests in the case. Please note: you may also retain other counsel of your choice and need not take any action at this time to be a Class member.

Berman DeValerio is a national law firm representing plaintiffs in lawsuits against corporate wrongdoers, chiefly for violations of securities and antitrust laws. The firm has 42 lawyers in Boston, San Francisco and Palm Beach Gardens, Florida.

WASHINGTON - Pakistan's Ambassador to the United States Hussain Haqqani has said that both countr...

Rachel Zoe Tweets about her Pregnancy

ISLAMABAD - The United States will work with the Pakistan government to renovate over 2,000 school...

Hewitts cash in on newborn's name

WASHINGTON - While the US administration has repeatedly pledged support for civilian rule in Pakista...

New report shows a greater number of Jews in U.S. than in Israel

WASHINGTON - A new report has found that a greater number of Jews live in the US than in Israel. Res...

MELBOURNE - A ruthless 56-year-old Australian child sex offender has been sentenced to at least 26 ...